“A most unusual career and business choice” is what my twin brother Tony and I are always used to hearing since setting up Stevenson Brothers Rocking Horses thirty seven  years ago.

Twins in business together is rare, but making rocking horses, even rarer. The expression “nothing as rare as rocking horse ....” is one you may have heard!

Our inspiration came from our uncle James Bosworthick, and our father, who were Naval Shipwrights in the Chatham Dockyard. Tony and I were born in Malta and moved to Kenya in the 1950’s. Our Uncle James made toys and rocking horses all his life and we always thought one day we would be given one to share.

When we moved back to England in the late 1960’s, the wooden rocking horse we had hoped for never appeared. After a Grammar school education we went on our separate paths for a while. Tony into modelling, then tree milling and finally working in a draught office for a large American Oil Company in Hammersmith.

I took myself off to Art College and did a degree in graphic design, spending most of my time in the 3D construction department, designing and making educational aids for children with disabilities.

It was 1982 at a party on a friend’s Thames Barge at Hammersmith when we had a conversation about going into business together. We went to see Uncle James, who was still a one man band in Suffolk and was about to retire. He said that we definitely couldn’t stick at making horses and besides no-one wanted them any more as the first Gameboy computer games were appearing.

We decided to go ahead with a business in rocking horse making and so returned to see our Uncle a couple of months later. He asked for a £1000 to train one of us as an apprentice…a very wise move on his part. We had to borrow the money and then convince our sister to lend us a shed on her farm and two bedrooms,  fortunately, she did and we moved into Finn Farm in Kingsnorth. After the first six months we launched on our birthday 20th October. We decided to number every horse starting with 001. 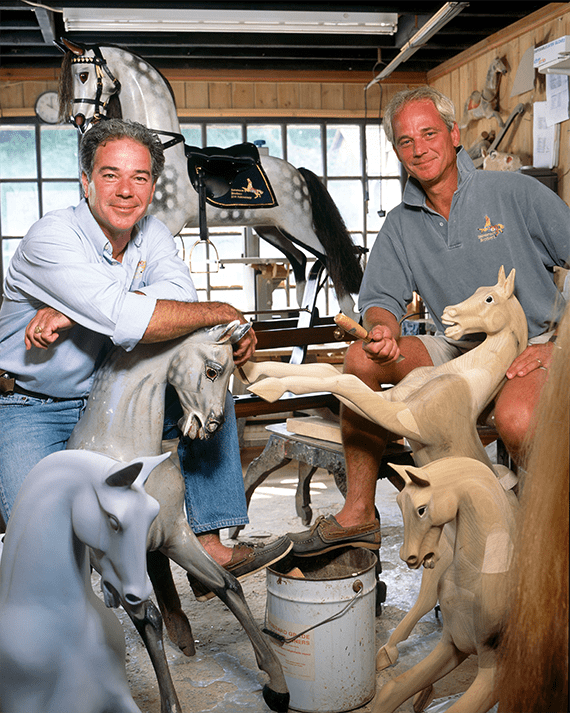 A most unusual career and business choice 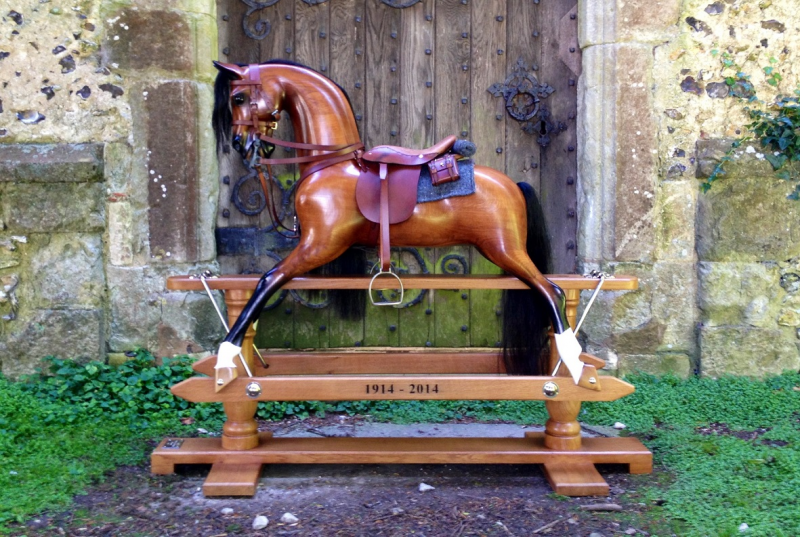 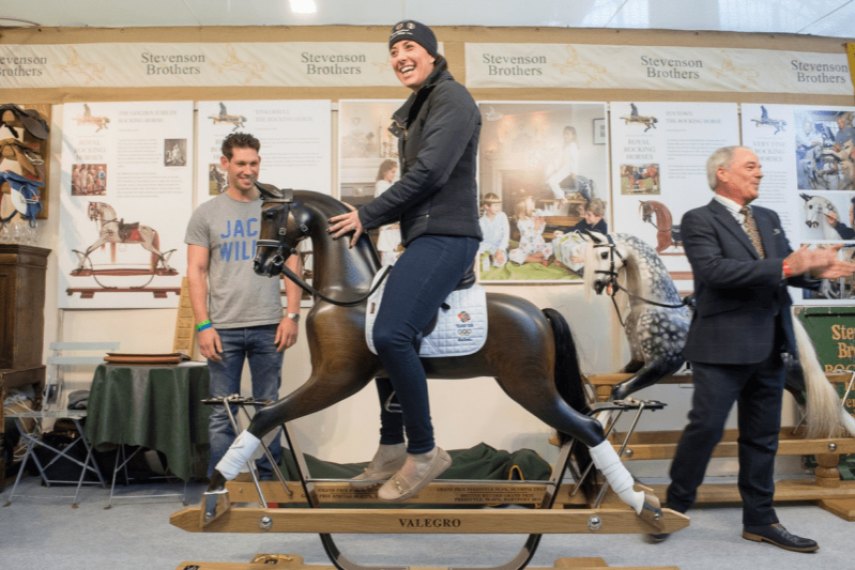 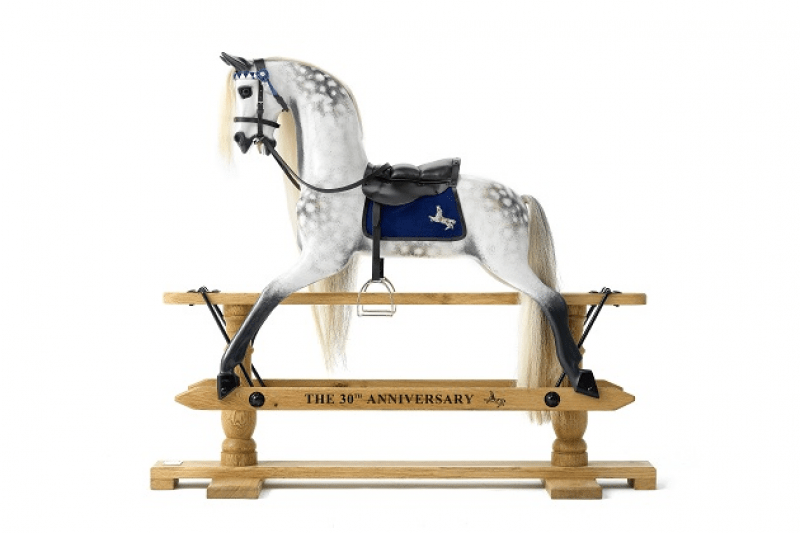