We love these photgraphs of "Eclipse", purchased by the Price family during a visit to the Stevenson Brothers workshop in 1999, and named after the solar eclipse that year.

One photograph shows Eclipse with a Stevenson Brothers horse blanket and the other with the couple's granddaughter Jessica, riding side saddle. Jessica is now a mum of two and her daughter Ruby heads straight for Eclipse every time she calls - she gallops and jumps fences in her imagination and also loves combing Eclipse's hair. Ruby has now progressed at the grand old age of 7 to grooming and riding ponies at a stables near her home too - all the result of her enjoyment on Eclipse - she even helps with mucking out as well! Rock on Price family! 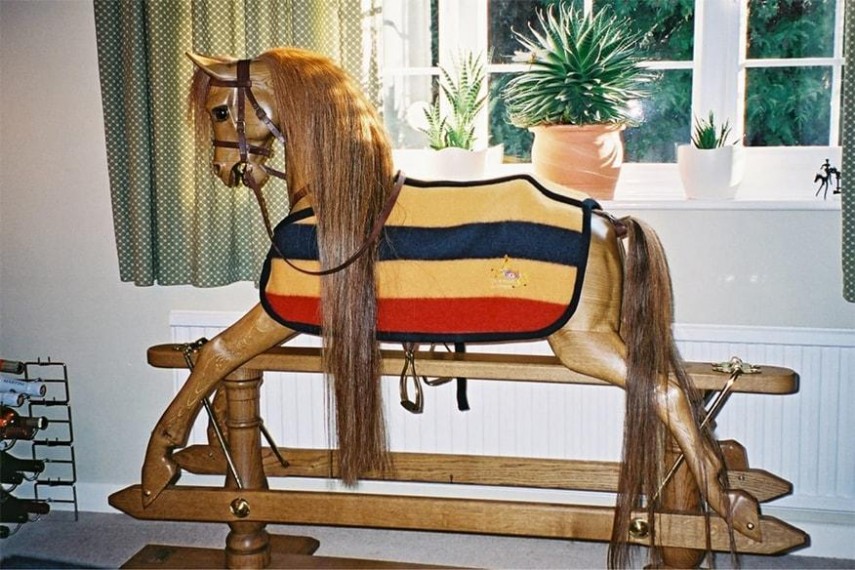 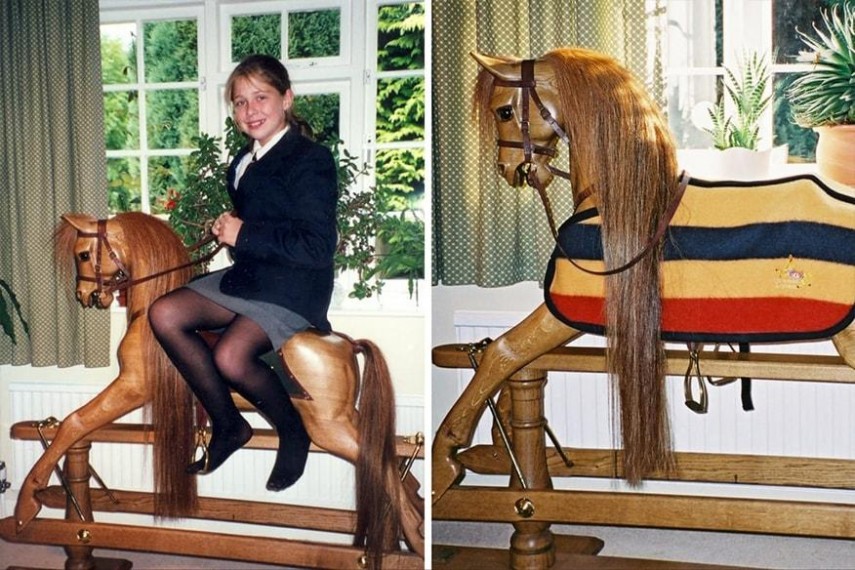