The history of rocking horses can be traced back to the Middle Ages, when a popular children’s toy was the hobby horse – a fake horse’s head attached to a long stick. Children would place the stick between their legs and “ride” the horse around. These toys can still be found today.

The hobby horse was replaced in the 16th century by the barrel horse, which consisted of a circular log supported by four legs and adorned with a fake horse head. Crude in nature, this toy mimicked the back of a horse better than a hobby horse.

The rocking horse in its current form is widely believed to have first appeared in the early 17th century and it was around this time that bow rockers were invented, introducing rocking to the world of toy horses. There were, however, improvements to be made to the first rocking horses. Being made from solid wood, they were heavy and their centre of gravity was high, so they could easily topple over.

It was in the Victorian age that the ‘safety stand’ was introduced and the idea of making the horses hollow was conceived. This made the horses lighter and more stable, and gave birth to the idea of a secret compartment being fitted into the horse’s underbelly.

The family heirloom horse could store photographs, mint coins, locks of baby hair and other such trinkets for future generations to discover. During this era the style of choice was the dappled grey rocking horse, a favourite of Queen Victoria. Her love of rocking horses was instrumental in increasing the popularity of the toys.

During the 20th century there was a significant decline in rocking horse makers, largely as a result of the World Wars and the Great Depression. By the 1960s it seemed like the craft was disappearing forever. Fortunately, a few skilled craftsmen began returning to the art of making rocking horses, restoring old pieces to their former glory and creating new designs. It is thanks to the work of those determined craftsmen and all those working at Stevenson Brothers today, that these beautiful toys continue to enchant adults and children alike all over the world. 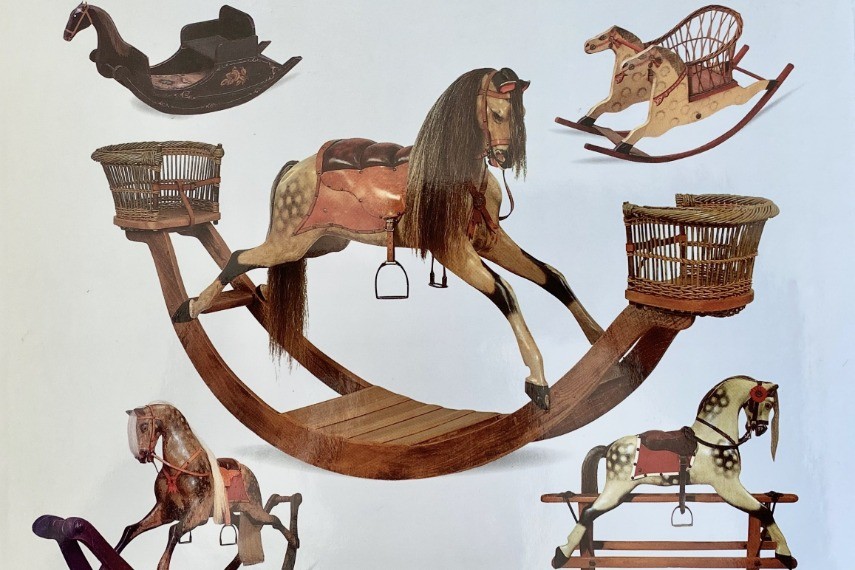